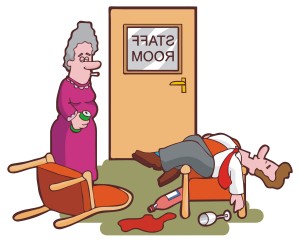 The last three months – the time since I gave up my well-paid job to become an author – has been a hectic time for me. There’s been The Ashes, day-trips to the seaside with the kids and the dog, catching the rays in the garden, internet dating, champagne receptions and filming for a BBC documentary. Oh, and the occasional bit of writing too.

Those of you that have read my debut novel, Six Months to Get a Life, will know that I am big on characters and how they strive to negotiate their way through life’s many challenges, snatching the occasional bit of romance while negotiating the devastation, heartache and carnage that more commonly surrounds them. (Six Months… was recommended as a ‘great holiday read’ on BBC Radio 5’s Thursday night book club a couple of weeks ago – #honoured!)

My second book, Six Lies, continues the theme, following the lead character as his wife runs off with a librarian and his mother confesses from the grave that she wasn’t his mother after all. I finished Six Lies over the summer and it has now entered the sausage machine that is the publishing process. Hopefully it will be ready to consume in late November, to coincide with the airing of the BBC documentary.

I have even had an idea for a third book. In fact, my brain hasn’t switched off since I thought of the concept a week or so ago. I can’t wait until September when I return from my holiday and can really get cracking on the story.

My third book will definitely bring more of the same romantic comedy, farce and fun dialogue that I love so much. It is going to be set in a mythical primary school in Wimbledon. I know already that the senior staff will be under threat of losing their jobs if the school doesn’t improve during the course of the school year. Obviously, the key protagonists will also have their fair share of personal challenges, with alcoholism, unruly offspring, love triangles and the occasional politician making an appearance. An overbearing Head with her own issues and a new Governor will combine to keep everyone on their toes. Can you tell how much I’m looking forward to writing this book?

My list of fun anecdotes to include within the story is growing longer by the hour. A number of twitter friends have tweeted their ideas too (@benadamsauthor), for which I am very grateful.

But one thing I am struggling with is a working title. Some authors will tell you that the title comes to you after you start writing a novel. This may be true, but I always find that if you can get the title right to start with, it helps you shape the subject of the story. Hence me striving to come up with a good title upfront.

I am trying to conceive of something that captures the daily grind of working in a school while also drawing the rom-com reader in, something that hints at hilarity in school improvement while also appealing to the chick lit lovers out there. The four options on my notepad at the moment include:

Who Left Their Bra in the Staffroom?

It all happens in the Staffroom

None of these ideas exactly hits the spot that I am aiming for. They don’t excite me as much as the thought of writing the book itself does.

I would love to hear your thoughts.

Author and blogger. Likes: sport, socialising and my kids (probably not in that order). Dislikes: divorce and runner beans. @benadamsauthor